Have you ever needed to update data that was already in a table? Learn how to do this with the SQL UPDATE Statement.

This post applies to Oracle, SQL Server, MySQL, and PostgreSQL.

What Is the SQL UPDATE Statement?

The SQL UPDATE statement allows you to change data that is already in a table in SQL.

But the UPDATE statement changes the data in the table, without deleting it. It saves you having to delete and re-insert the data.

What is the SQL UPDATE Statement Syntax?

The syntax for the SQL UPDATE statement is:

The UPDATE statement allows you to update data from another table, using a SELECT statement. The syntax for this is:

In some database vendors (SQL Server, MySQL, PostgreSQL), you are able to use a JOIN in an UPDATE statement to update data using values in another table.

In SQL Server and MySQL, you can update a specified number of rows, even if there are more that specify the WHERE clause.

Both the TOP keyword in SQL Server and the LIMIT keyword in MySQL are optional.

Let’s have a look at some examples of the SQL UPDATE statement. These examples apply to Oracle, SQL Server, MySQL, and PostgreSQL unless stated otherwise.

First, we’ll use some sample data in a table called student.

We’ll update a single column and single row in this example.

This has updated the student record with a student_id of 2, and set the fees_paid value to 100.

You can update multiple columns in the same table in a single UPDATE statement.

As mentioned in the syntax example earlier, you can use a subquery inside the UPDATE statement to set a value based on a query.

Notice that the WHERE clause is outside the brackets, meaning the condition applies to the UPDATE statement and not the SELECT statement.

Example 4 – Subquery in the WHERE Clause

You can also run an UPDATE statement and use a subquery in the WHERE clause.

This query will find the MAX of the fees_required field, find all rows that match that value, and update their fees_paid to 400.

Example 5 – Update Using an EXISTS in the WHERE Clause

You can use the EXISTS keyword in the WHERE clause along with a subquery. This is often a more efficient way of filtering (but not always).

This will update the fees_paid value only where a matching value in the address table is found. This is just an example, but you can use the EXISTS function in a more meaningful way.

Example 6 – No WHERE Clause Specified

Because the WHERE clause is optional, you can run an SQL UPDATE statement without it. It will update every row in the table.

This will set the fees_required value to 100 for every record in the table. This is most likely not what you want to do – so be careful!

Another way of updating only the values you want is by using an inline view.

Instead of specifying just the table, you can use a subquery, which is an inline view. This is also called an “update select”.

An example of this would be:

This is another way of updating a single record using the Oracle SQL Update command.

You can also use a subquery to update two columns at once. This can be easier to read and write, especially for large queries.

This will update both columns using the one SELECT subquery. It saves you having to write the query twice (once for each column) and therefore saves Oracle from running it twice.

Can You Update Multiple Tables in a Single UPDATE Statement?

No, you can’t. You can only update a single table in an UPDATE statement.

Why Is My SQL UPDATE Statement Not Working?

Convert the UPDATE statement to a SELECT statement

Convert the statement to a SELECT and see which rows are returned. This will give you a preview of which rows will be changed.

If no rows are being returned, it means your UPDATE statement won’t update anything, and you won’t get the results you’re looking for.

You might be trying to set a value in a column where the data type doesn’t match.

To find the data type of a column, you can run this command (replace YOUR_TABLE_NAME with the actual name of your table, in upper case):

Then, check the data type of the value you’re setting the column to. You can run a SELECT statement on this value if it’s from a table, or look at it and see if it matches.

You could run a SELECT FROM DUAL on the value, and use the DUMP function to see the data type as well.

Perhaps you need to review the logic of your update statement if it’s not giving the results you are expecting.

Are you missing a join in a subquery? Are you selecting from the right field? Is your WHERE condition correct?

Double-check the query to make sure it’s correct.

Ask For a Code Review

If you still can’t get the UPDATE statement working, then perhaps you can ask a team member to review it.

Sometimes they can spot things you don’t because you’ve been looking at it for so long. That’s happened to me many times.

They might also know the system a bit better or might have had the issue before. In any case, asking a coworker for a review might help you correct your query.

In the MySQL UPDATE statement, there are two keywords that can be used:

If you specify LOW_PRIORITY, the UPDATE statement is not run until there are no other connections reading from the table. This only applies if you are using storage engines that use table-level locking, such as MyISAM, MEMORY and MERGE.

If you specify IGNORE, the UPDATE statement does not abort even if you get an error during the update. If there is a duplicate key during the UPDATE process, the value is not updated. Updates that would cause data conversion errors are updated to the closest valid value instead.

So, that brings us to the end of the SQL UPDATE Statement guide. If you have any questions on the UPDATE statement, leave a comment below. 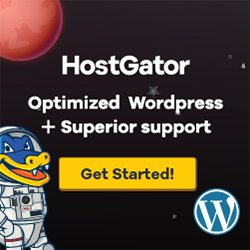 SQL injection is a technique used to exploit user data through web page inputs by injecting SQL commands as statements. Basically, these statements can be used to manipulate the application’s web server by malicious users. Read more…

Login Bypass Using SQL Injection Okay After Enough of those injection we are now moving towards Bypassing Login pages using SQL Injection. Its a very old trick so i got nothing new other than some Read more…

This article is focused on providing clear, simple, actionable guidance for preventing SQL Injection flaws in your applications. SQL Injection attacks are unfortunately very common, and this is due to two factors: the significant prevalence Read more…